Why Is Magnesium Fluoride Added to Toothpaste?

Do you know what magnesium fluoride is? This ingredient is found in many toothpastes, but it’s not always clear why it’s included. In this article, we’ll introduce magnesium fluoride and explain why it’s used in certain products. Keep reading to learn more!

What Is Magnesium Fluoride? The Chemistry Side of Things

Magnesium fluoride is a chemical compound with the formula MgF₂. It’s a white crystalline salt that is soluble in water. This compound is naturally found in the mineral sellaite, which is rare and occurs in just a few locations. Its properties make it useful for a variety of applications, including in cosmetics.

Why Is It Added to Oral Care Products?

Magnesium fluoride is added to oral care products for a number of reasons. First, it can help to remineralize teeth and prevent cavities. It does this by promoting the formation of fluorapatite, which is a key mineral in tooth enamel. Additionally, magnesium fluoride can help to reduce sensitivity by forming a barrier on the tooth surface.

This ingredient is often used in combination with other fluoride compounds, such as sodium fluoride. In fact, it’s not a common ingredient in oral care products on its own. However, it can be found in some toothpastes, mouthwashes, and other dental products.

Its role is essentially the same as other fluorides – to provide the fluorine ions that are necessary for remineralization. When used in combination with other ingredients, magnesium fluoride can be an effective way to keep teeth healthy and prevent cavities.

Is Magnesium Fluoride Safe for Your Health?

Yes, magnesium fluoride is considered safe for oral use. In fact, it’s even used in some water fluoridation programs. However, as with any ingredient, it’s the amount that’s used that’s important.

READ ABOUT:  Madecassoside: Gotu Kola in Your Skincare Routine

When used in small amounts, magnesium fluoride is not a health concern. The maximum allowed concentration of fluorine in cosmetics is 0.15%, which is well below the amount that would pose a risk to human health.

In general, magnesium fluoride is safe for use in toothpaste and other oral care products. It can help to remineralize teeth and reduce sensitivity, making it a beneficial ingredient for oral health. It’s the manufacturers’ responsibility to combine it with other fluorides in amounts that don’t exceed the total allowed concentration of fluorine in cosmetics.

While magnesium fluoride is considered safe for oral use, it can be harmful if inhaled. It can cause asthma attacks, eye problems, and it’s also toxic to the central nervous system. This is why it’s important to handle the pure compound with care.

When magnesium fluoride is used in cosmetics, it’s in a diluted form. This reduces the risk of harm to those who are handling the products. However, it’s still important to follow safety guidelines and use personal protective equipment when needed.

Magnesium fluoride has a variety of other uses, beyond its role in cosmetics. It’s often used as a coating for optical elements, such as lenses and mirrors. This is because it has a high index of refraction and can reduce reflections. It’s also used in some industrial processes, such as the production of magnesium metal.

As you can see, magnesium fluoride is a versatile ingredient with a variety of uses. In cosmetics, it’s often added to oral care products for its remineralizing and anti-sensitive properties. It’s considered safe for use in small amounts, and it’s the manufacturers’ responsibility to ensure that products don’t exceed the maximum allowed concentration of fluorine.

READ ABOUT:  Magnesium Nitrate Solution – What Is it? Here's What You Don't Know About Mg(NO3)2

Do you have any more questions about magnesium fluoride? Share them in the comments below!

Emma Summers
Emma Summers is a working mom with two beautiful girls. She loves travelling off the beaten path, and is always looking for new and interesting experiences to share with her family. When she's not writing articles, she enjoys learning about the ins and outs of the world of cosmetic chemistry. Emma is witty and charming, and always puts her family first.

Skin Bleaching Before and After – How to Prepare, Results and Risks

Iodopropynyl Butylcarbamate and Its Use in Cosmetics 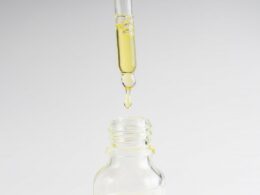 Lactobionic Acid: What Is It? 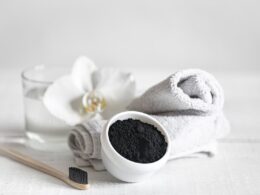 Is Charcoal Powder Good for Your Skin? 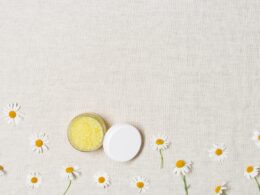 Acrylates Copolymer and Its Use 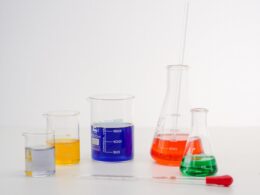 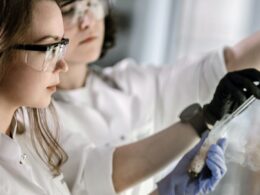 Farnesol: Here’s What You Don’t Know About This Perfume Ingredient 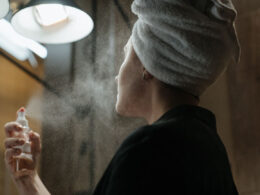 Urea 40% – What Does an Urea-Containing Cream Do to Your Skin? Here’s All You Should Know 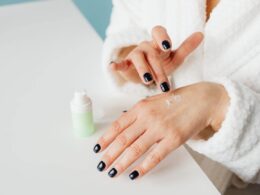 Meet the Sodium Salicylate: A Popular Cosmetic Ingredient That You Might Not Know 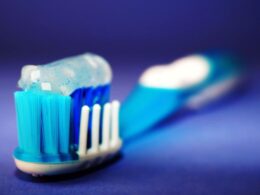 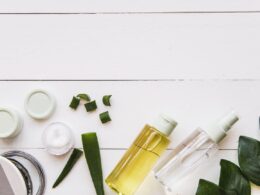 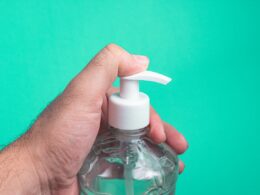 Stearyl Alcohol in Skincare and Hair Care: How It Works 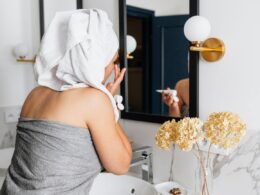 Use of Diazolidinyl Urea in Skin Care 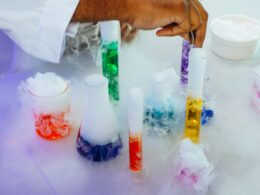